What is Botulinum Toxin Therapy

Have you ever wondered why as time passes, your skin begins to sag, fine lines appear more vivid, and wrinkles start to become more prominent? It is because as we grow old, the production of our elastin and collagen depletes, and it is the body’s natural way of reacting to aging. In a different article, we described skin sagging or skin laxity as unhealthy and dull skin that snaps back slowly in place when you stretch them. The dermatologist evaluates these in three levels: mild, moderate, and severe, which pertain to the intensity of one’s skin laxity.

Fortunately, due to various technological advancements, many people who desire a youthful look and want to reduce their wrinkles and fine lines can now undergo plenty of suitable procedures for their particular needs, one of which is botox. Botulinum Toxic Therapy, commonly known as botox, is an FDA-approved aesthetic procedure that temporarily treats severe skin laxity, such as fine lines, crow’s feet, and forehead lines, to achieve a youthful and healthy look. With botox, you may look younger than your actual age with medical-grade procedures, which will ensure your safety and success.

In the early years, Botox had its limit of use wherein doctors only administered it to vast medical conditions and illnesses, including Parkinson’s disease and Dystonia. Nevertheless, with the help of experimental studies and clinical trials, doctors can now utilize Botox in dermatology and aesthetics, which encompass skin aging treatments. However, keep in mind that Botox does not address other skin aging issues, such as hyperpigmentation, dry skin, and vascular abnormalities.

The first botox launched was onabotulinum toxin A, and in 2002, it was FDA-recommended as a cosmetic treatment for glabellar frown lines. Afterward, in 2006, the second formulation of onabotulinum toxin A was generated in France and successfully obtained its license for aesthetic use from the European Union, which later on, was approved by the FDA in 2009.

How does it work?

Botulinum Toxin A is an injectable that penetrates through the tissues of the affected facial areas. Subsequently, the injected toxins will diffuse into the tissues until it binds with them. With this, toxin A immediately releases acetylcholine in the muscular junction, which makes the muscles more relaxed, and results in reduced facial wrinkles or lines caused by constant facial muscle movements due to muscle contractions. In other words, Botox blocks specific chemical signals found in the nerves to help the facial muscles temporarily relax by preventing them from contracting. It is also why people who have had Botox can’t move their facial muscles for a while.

Botulinum toxin therapy has seven types of neurotoxins, but only toxins A and B are used clinically for several medical disorders, especially in the dermatological field. Botox, the neuroprotein found in it, is produced by the Clostridium botulinum, which is a type of bacterium utilized as a treatment for the following skin issues: 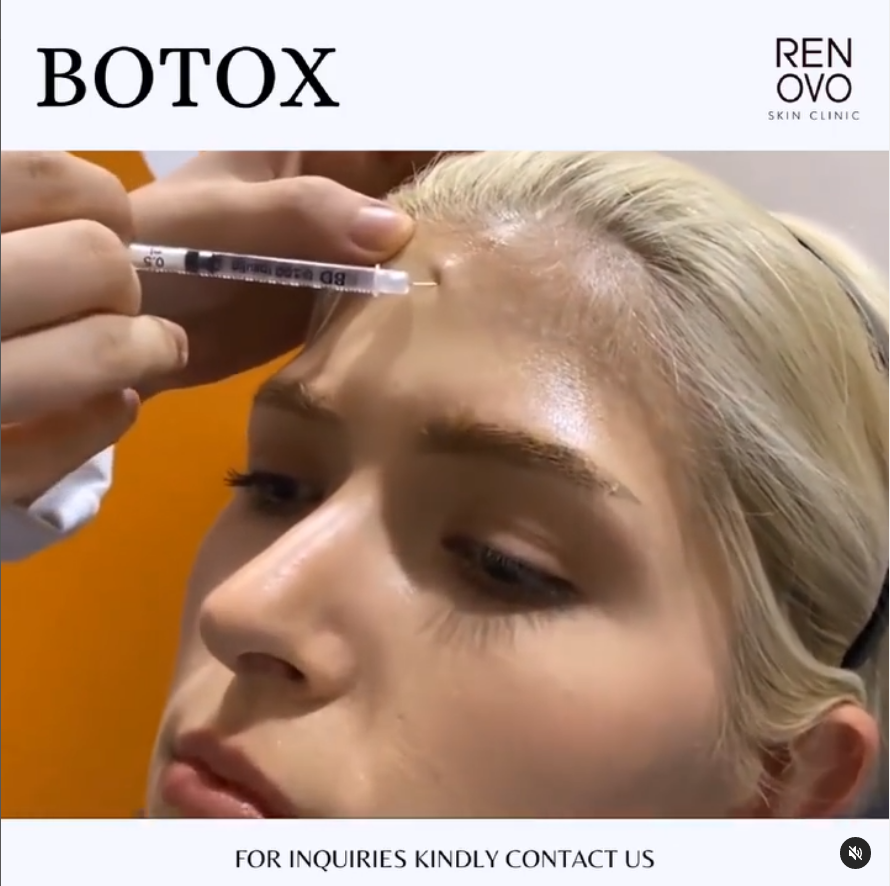 On standard, the dosage for botox is 20 units. It is the minimum dosage to treat glabellar frown lines because data suggests that utilizing 20-40 units of Botox is proven more effective than ten units alone. However, it solely depends on the variant and its required dosage. Also, anatomical male patients would require a higher dosage, for they have a greater muscle mass than anatomical females due to the big difference in testosterone levels.

In most cases, patients don’t feel any pain or discomfort during the procedure, but the technician will still advise you to have your skin numbed by a topical numbing cream or other anesthetics for your own sake. Also, Botox injections are usually done in a doctor’s office by a licensed doctor to ensure the patient’s safety. The doctor will use tiny injections to penetrate the skin with minuscule amounts of botulinum toxins directly into the skin and muscles. Its frequency depends on the extent to which areas need treatment.

What does it treat?

In South Korea, we offer a wide range of botox variants that you may want to check out, some of which are proven safer and more advanced than the customary Botox procedures.

Medytox, a Korean biopharmaceutical company, is famous for pioneering Neuronox, a botulinum toxin A (BTX-A) or Botox. It is used for aesthetics and medical procedures to treat muscle spasticity. Due to the substantial influence of Neuronox in the market, the company has retained its reputation as a globally competitive pharmaceutical company. In line with this, Medytox has released a new and advanced product of Botox called Coretox that excludes animal derivatives and non-toxic proteins commonly found in other botox substances and therefore is proven safer than early productions of Botox. Additionally, this has acquired regulatory approval.

Medytox Pharmaceuticals is involved in ongoing research studies and clinical trials in hopes of creating innovative and new Botox formulations, and soon aims to expand this in the global market, but still aims to meet worldwide regulatory compliance.

Moreover, Botulax and Xeomin are other Korean-grade Botox injectables widely used in South Korea. Botulax was developed and produced by Hugel, INC. in South Korea and has acquired its approval from the KFDA for use. On the other hand, Xeomin is manufactured and developed by Merz Pharmaceuticals in Frankfurt, Germany.

Although Xeomin and Botox contain botulinum type A, they do not have the unnecessary accessory proteins found in Botox and other injectables. Reviews about it include effective smoothening of the wrinkles around the eye and notable lifting effects of the facial areas.

In summary, dermatologists recommend two to three sessions to remove moderate to severe wrinkles and facial folds. However, it still depends on what type of Botox you will use and your doctor’s recommendation.

Additionally, you must note that licensed surgical doctors and medical practitioners can only administer Botox from a licensed medical clinic. Kindly consult your doctor and dermatologist firsthand before undergoing any Botox treatment to ensure your safety and the procedure’s success. Should you be interested in this kind of procedure, you may contact us at: [email protected] or any of our socials, and we will be happy to help you with online consultation to plan your next steps with us.

May not answer if a consultant is with a patient.